When compared to all other U.S. military branches, Navy Mesothelioma cases are irregularly high. Prior to the 80’s, asbestos was widely used on Navy ships. It was used where insulation was necessary. Navy Asbestos Exposure is said to make up a significant portion of military exposure cases every year. Stated in a different way, every Navy Veteran that served prior to the 80’s has an increased chance of developing mesothelioma.

In a Navy Asbestos Exposure case, your lawyer will initiate litigation against those manufacturers that produced the products that caused your mesothelioma. It is generally considered that no part of the ship was safe. Insulators, carpenters, machinists and painters were particularly at risk because they suffered prolonged exposure. Though Navy Mesothelioma is different in context, it is nonetheless the same in litigation when compared to the most common types of exposure. Specifically, manufacturers of asbestos based product have a duty to warn users of its carcinogenic make up. When you speak to an attorney, you will be informed of what your rights are in regards to compensation. 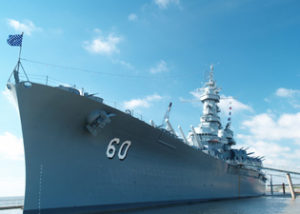 Though actual Navy Asbestos Exposure has declined today, new Navy Mesothelioma cases are still reported every year. Navy Asbestos Exposure was also high among Boilermakers, Boilermen, Pipefitters, Hull Maintenance Technicians, Instrumentmen, Sonar Technicians (surface and submarine), Utilitiesmen, Water Tenders; among others. Since the litigation of a Navy Asbestos Exposure by law excludes the U.S. Navy from being sued, your attorney will seek to get you a settlement from the manufacturers and contractors responsible for your asbestos exposure. Ships aside, Navy Asbestos Exposure also occurred in the buildings in which Navy personnel were housed. Asbestos was common in products like Cement, Ceiling Tile, Corrugated Paper, Cement Pipe, Cement Sheets, Carpet Mastic, Carpet Underlays, Carey Thermaboard, Carey Thermalite, Caltemp Insulating Cement, Caltemp Block Insulation; among others.

Navy Asbestos Exposure is much higher than other military branches because Seamen often sail in closed quarters for months on end where asbestos fibers may be in circulation, as such, Sailors are more exposed to asbestos than other branches of the military. Generally, the Navy allowed the use of asbestos in over 300 products; you should contact an attorney if you have developed mesothelioma from the handling of any of these products. On the whole, in the non-military world, asbestos exposure may be of three kinds, namely, Industrial and Commercial Exposure, Second Hand Exposure and Commercial-Product Exposure. Navy Asbestos Exposure may be further classed as Commercial-Product Exposure; however, Second Hand Exposure may also occur. Second-Hand Exposure occurs when servicemen transport asbestos particles on their clothing, shoes and hair to others. This sort of exposure usually affects the family members of servicemen, and as in a first-hand exposure, mesothelioma may also develop. To be exact, you may file an asbestos claim if your Navy Asbestos Exposure is of the Second Hand kind.

In the instance of a Product-Exposure case, and like every product that is produced commercially, a manufacturer owes a duty of care to you as a user. Specifically, every manufacturer is obligated to inform users of the contents in its products. Though asbestos is minimal or non-existent in the same products today, manufacturers typically used up to 70% asbestos in their products prior to the 80’s, even so, they were aware of its health consequences. Some of these products further include AAA Roof Paper, AAA Roof Shingles, AAA Roofing, AAA Roofing Felt, Acoustical Finishes, Acoustical Plaster, Acoustical Tile, Anchor Gaskets, Anchor Packing, Anti-Erode, Armaflex Finish, Armaflex Pipe Covering,  Armaflex Sheets, Armaflex Tapes; among plenty others. Additionally, Navy Asbestos Exposure was also common to submarines as well. Many battle ships and destroyers made use of asbestos to a large extent. All in all, a Navy Mesothelioma exposure requires an attorney that is proficient in Navy Asbestos Exposure cases; you will get the settlement you deserve.