Because symptoms of mesothelioma are so similar to many common ailments, mesothelioma often isn’t suspected until an image scan has been performed.  There are many different types of image scans but, in general, they will take a picture of a patient’s internal organs.  Doctors will be able to analyze the pictures to see if there are any abnormalities, such as suspicious masses.  Imaging scans alone cannot be used for diagnosing mesothelioma but they can provide valuable clues for doctors about patients’ conditions. If suspicious fluids or tissues are found in an image scan, they can further be analyzed with a biopsy to confirm mesothelioma diagnosis. 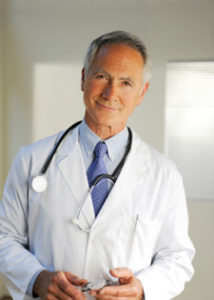 These are the main types of image scans which are used is mesothelioma diagnosis.

X-rays are a very basic type of image scan which can be used for producing a two-dimensional image of the body. While x-rays are very useful for diagnosing certain problems, such as broken bones, they are not very accurate for identifying mesothelioma.  This is because x-rays do not produce clear images of soft tissue.  X-rays can, however, be used for locating effusion (fluids) which may be a sign of mesothelioma. Caution must be taken when a patient receives an x-ray because they use a form of radiation which can have detrimental effects on the body.

Computed tomography scans, also called CT scans or CAT scans, use x-rays to produce detailed images of the internal body. Unlike simple x-rays which create only flat images of the body, CT scans can be used to create layered images of the body.  It does this by rotating a scanner during the imaging and taking a picture at each rotation.  The images are then compiled together in a computer.

CT scans are also better than standard x-rays for analyzing soft tissues.  When the x-ray beams of the CT scan pass through soft tissue, the beams will be stronger than when they pass through harder tissues like bone. The intensity of the beams is calculated in the computer to provide a more accurate image of soft and hard tissues. Further, patients undergoing a CT scan will typically be required to consume or receive an injection of x-ray dye.  This dye colors soft tissues and makes them more visible in the scan.

During a CT scan, patients are required to lie in a tube-like machine and remain still.  CT scans are not painful though they can be psychologically uncomfortable, particularly for agoraphobics. Because CT scans use x-rays, patients are being exposed to harmful radiation when they have a CT scan.  As multiple x-ray images are being taken during a CT scan, the process is more dangerous than a simple x-ray.  Doctors will not order a CT scan unless they have good reason to suspect a medical problem.

Studies have compared results of CT scans to manual methods of tumor measurement. CT scans were highly accurate and are now used as standard practice in the diagnosis of mesothelioma.2

A Magnetic Resonance Imaging scan (MRI) can be used for making accurate images of any part of the internal body.  The scan uses magnetic fields along with radio frequency to produce an image.  During an MRI, patients are first required to remove any metal objects from their bodies and clothing around the area being scanned.  Then they are put on a table and told to remain very still.  The table is put into a closed space which has a very powerful magnet.  In some cases, patients are given contrast dyes through an IV to produce a better picture.  MRIs generally last 30-60 minutes but can take longer.

MRIs are particularly useful for diagnosing mesothelioma because they produce very clear contrast between hard and soft tissues.  This makes it easier to identify suspicious masses like tumors. MRIs are safer than x-rays and CT scans for imaging because they use not harmful radiation to take the images. MRI images can also be reconstructed to form 3D images.

During a Positron Emission Tomography (PET) scan, patients are given (often through injection or ingestion) a radioactive substance called a tracer.  The tracer is a substance which the body can metabolize, such as a form of glucose.  This tracer emits gamma waves which will be picked up by the PET scanner. The PET scanner will track the movements of the tracer material in order to get detailed information about bodily functions.

PET scans are not typically used for an initial diagnosis of cancer.  However, they may be used to diagnosis the progression of cancer, such as how far it has metastasized in the body.  PET scans may also be given after mesothelioma treatments to evaluate success of the treatment.

In some cases, PET scans may be given along with CT scans for a much more accurate diagnosis of a condition.  This is because PET scans give much different information than CT scans and also MRI scans.  CT and MRI scans show physical changes in their images.  PET scans will show metabolic changes on a cellular level.  This allows PET scans to detect mesothelioma and other cancers during their early stages when they may not yet be visible on a CT or MRI scan.  Even though PET scans do expose patients to radioactive material, the radiation is low and the scans pose only a low health risk.