Mesothelioma is characterized by its long latency period which typically lasts at least 15 years and may last as long as 40 years or more. In other words, it may take 15 years before the first symptoms are noticed. During this latency period, there are typically no symptoms of mesothelioma or they are so mild that they are ignored and even doctors may not realize any complaints you share are actually symptoms of this disease. The disease begins quietly and spreads silently before you realize there is a problem. Only when the cancer starts to spread and tumors form do symptoms become evident.1

The early symptoms, such as chest pain or constriction, are usually slight and thus they are often disregarded as common ailments. In most cases, patients do not realize that their symptoms are from mesothelioma until the condition has deteriorated to a later stage mesothelioma. During the late stages, mesothelioma currently has a grim prognosis and treatment options are limited. 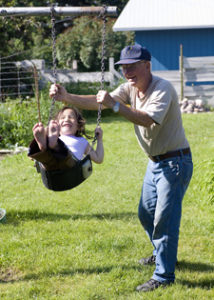 Most people do not expect to get a life-threatening disease like mesothelioma.  Thus, they may feel that they are being dramatic or over-reacting by going to the doctor at the onset of every slight symptom. As a result, a person may endure the symptoms for many months before ever saying anything to the doctor. However, some symptoms – such as breathlessness and chest pain – should never be ignored.  This is particularly true when symptoms are chronic and unremitting.  At some point the symptoms will become obvious and difficult to manage without medical help.

If you know that you have been exposed to asbestos in the past (even if decades ago), it is important that you familiarize yourself with the early symptoms of mesothelioma and seek medical attention if they occur.  Further, it is important that your doctor be made aware of the asbestos exposure so that he/she can also be on the lookout for early symptoms. If mesothelioma is detected in its early stages, the chances of recovery or longer term survival increase significantly.

Mesothelioma is a progressive disease in that it continues to worsen without intervention. When tumors form, they grow and  can lead to the production of fluid in the lining layers of the chest or abdomen cavities. Early fluid accumulation may not be that noticeable, though at some point it will be detectable by a stethoscope. However, continued fluid buildup will eventually compress the lung or organs in the abdomen and can fill the pericardial space. Your abdomen may distend or you might feel the pressure on your heart or lungs.

The most common early symptoms of mesothelioma include: 2

In some cases the mild pain may be in the lower back or the side of the chest. The pain you feel will depend on where and how the fluid accumulates or the tumors grow. In addition, cancer can invade healthy tissue and cause additional pain in addition to other problems. Symptoms can also vary significantly from person to person. You may experience breathlessness while another person has muscle weakness due to pressure on nerves. There is an unlimited combination of early symptoms that can develop. That is precisely why it is so difficult to diagnose early.

As the disease progresses, the symptoms will worsen and new ones will appear. For example, you may begin coughing up blood or have trouble breathing. These later symptoms may not develop for decades, as mentioned.

Researchers are working diligently to find a way to improve early diagnosis of mesothelioma using strategies like analysis of certain pleural diffusion characteristics, serum and histological biomarkers.3 Increased awareness of early symptoms and continued research should eventually lead to success.

2 Symptoms of Mesothelioma (2010) Retrieved from the Mesothelioma Applied Research Foundation at: http://www.curemeso.org/site/c.kkLUJ7MPKtH/b.4023387/k.643A/Mesothelioma_Information.htm#Symptoms_of_Meso