How Does Asbestos Cause Mesothelioma?

What is Asbestos?
How Does Asbestos Cause Mesothelioma?
What Happens when Asbestos is Inhaled?
The Dangers of Asbestos
Other Asbestos Diseases
Asbestos and Work Related Exposure
Asbestos and the EPA

As like other forms of cancer, mesothelioma is a condition where cells divide and grow uncontrollably as a result of mutations in the DNA.  These cancerous cells can rapidly divide and during replication reproduce the same faulty DNA structure. Cancer cells can invade healthy tissue causing more cell damage and destroying the tissue in the process. Cancer cells can also metastasize to other parts of the body.

Research has shown that, with few exceptions, mesothelioma is primarily linked to asbestos exposure.  However, researchers are not certain of how exactly asbestos leads to malignant mesothelioma though they have theories. 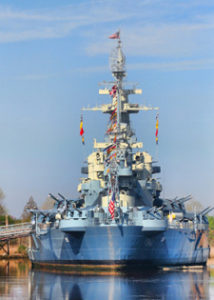 From Asbestos to Cancer

When a person inhales or ingests asbestos fibers, they can become embedded in the mesothelium. The mesothelium is a lining in the chest and abdomen cavities and is also the covering on internal organs.  In most cases of mesothelioma, the asbestos fibers have been inhaled and embedded in the mesothelium cells of the lungs. How deep they are embedded depends on the fiber characteristics like length-to-width and shape. The fiber characteristics also determine whether they can actually penetrate the epithelium in the lung.1

Once the asbestos fibers are in the mesothelium, there are two main theories about how they cause cancer:

In both of these theories, asbestos is thought to cause mesothelioma by causing changes in the way cells divide. Under the first theory, the asbestos fibers are directly responsible for causing genetic mutations. The fibers interfere with mitosis causing chromosome damage.2

The second theory is more complex.  When asbestos fibers become lodged in the body, they can cause irritation and trigger inflammation as an immune response. The fibers repeatedly irritate the mesothelial surface, keeping it inflamed during cycles of damage and repair. As part of this response, the body produces chemicals called cytokines. Cytokines are essentially messengers which help to regulate the body’s immune response.   For example, cytokines may trigger the immune system to increase production of T-cells to fight infections and then trigger a reduction of T-cells once infections are controlled. Cytokines could also result in changes to cells including to how they divide.

Cells contain genes which are responsible for controlling their division and death.  All cells are programmed in a way which tells them to die after a certain amount of divisions. Healthy cells will divide and die off harmoniously so there is an even proliferation of cells. If the genes that control cell growth are damaged, the cells could begin to divide uncontrollably – thus becoming cancerous.  It is believed that cancer often can occur with just one damaged or mutated cell.  However, the cancerous cell divides into daughter cells which also have lost their healthy cell-division mechanisms. These daughter cells then further divide into more daughter cells, thus disseminating cancerous cells.

It should be mentioned that there are two other theories that have been proposed in an attempt to explain how asbestos causes mesothelioma. The first proposes that asbestos induces cell damage by generating toxic oxygen radicals that damage DNA. The second explanation proposes that asbestos fibers lead to an elevated expression in mesothelial cells of early response proto-oncogenes.3

Much More to Learn

It is important to realize that the development of a malignant cancerous cell is very complicated.  Aside from direct environmental factors, various other factors can be linked to the development of cancer – such as a genetic predisposition to cancer.  In the case of mesothelioma, one single asbestos fiber could result in the formation of cancerous cells.  Medical researchers have acknowledged that they need a much better understanding of the molecular pathways defining cancers like malignant pleural mesothelioma.4

Exposure to asbestos does not guarantee that mesothelioma will occur as each person’s body reacts differently to the fibers.  In some cases there will be a quick response to the asbestos in the way of allergic reaction or infection. In other cases the impact of asbestos exposure may be long term and include malignancy or fibrosis or other asbestos related diseases.5What is known is that repeated exposure to asbestos increases one’s risk of mesothelioma.  This is because, with each exposure, the amount of asbestos fibers which become embedded in the body increases.  Asbestos fibers cannot be destroyed by the immune system and are difficult to remove; the fibers can stay lodged in the body for a lifetime.  The longer time that passes, the more likely it is that the asbestos fibers will damage the growth-regulating genes of a cell and make it become cancerous.  This can account for the long latency period of mesothelioma after asbestos exposure.