Virtually all cases of mesothelioma are linked to one specific risk factor: exposure to asbestos. Beginning in the later parts of the 1800s, asbestos became commercially popular for use in construction products like insulation, concrete, and flooring.  As the dangers of asbestos became clear in the late 20th century, many countries took efforts to ban or reduce asbestos use. Even though asbestos use has been virtually eliminated in most modernized countries, many buildings still contain asbestos which can result in exposure. According to the EPA, there are more than 733,000 public buildings and approximately 107,000 schools which contain asbestos.1

There is a possibility for asbestos to be found in virtually every type of building – including homes, schools and office buildings – especially if built or remodeled before the 1990s when asbestos use was very common.  Asbestos exposure can also occur environmentally if a person lives near an asbestos mine.  The groups of people who are most at-risk of mesothelioma are military veterans, shipyard workers, miners, construction workers, demolition workers, railroad workers, and factory workers as asbestos exposure is likely to be found at these work sites.  The family members of these people can also be at risk because the asbestos fibers may be carried home on clothing. 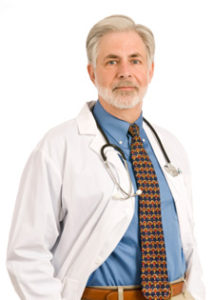 Mesothelioma most often results from prolonged, repeated exposure to asbestos.  However, any asbestos exposure can result in mesothelioma or other asbestos diseases such as pleural thickening, asbestosis, or lung cancer.

In a study of mesothelioma in the US, approximately 54% of the cases had SV40 in the cancer cells, but SV40 was not present in the cells of other lung cancers.  Thus, researchers believe that exposure to SV40 is a risk factor for mesothelioma.  However, they are uncertain about the exact role SV40 has in causing mesothelioma. As of right now the SV40 is considered to be a probable cofactor in tumor generation and is not solely responsible for causing human malignancy.3 Because the infected polio vaccines were given primarily to children from 1955-1963 and mesothelioma has a long latency period, the exact role of SV40 in mesothelioma will not likely be discovered for another couple decades when people exposed to the virus reach the peak age for mesothelioma to become diagnosable.

Despite these factors, microscopic asbestos fibers account for most cases of mesothelioma and should be avoided as much as possible.